A PowerShell module I use has 200+ functions split into a single file each and about 17kloc. It was taking about 30s to load so I started looking for ways to shave time off.

If you've done the same then you'll know few years ago Bartek Bielawsk wrote a post about Expensive dot-sourcing. The gist of it is as follows:

SQL Sentry is a pretty cool monitoring system but there's a downside to having so many knobs to turn: it's next to impossible to find out which knobs have been turned. Let's look at an example.

First I built a five replica multi-subnet Availability Group using my PowerShell module OftenOn. Then I've manually installed SentryOne and watched all the replicas while splitting them between two sites; Seattle and Dallas. I could only get an evaluation license which covers one replica so the rest are not being actively monitored but that's not important at the moment.

Up until now I've been enjoying my first PASS Summit and doing my own light networking.

These were all great. I'm a bit introverted but I love networking! There's no pressure on either side, you're all surrounded by co-workers or PASS buddies, and if you wanted to stand up and leave nobody would particularly notice unless you wanted them to. Easy.

Not so with this one specific speed networking session sponsored by Solarwinds:

SMO connects to SQL Server using the ADO.NET SQLClient library which has 13+ years of features which help mask the passwords you pass in for SQL Authentication. SMO bypasses some of those features to often leak the passwords in clear-text.

We'll prove it through repeatable tests that can be used to track if Microsoft fix the problem or not.

I've been hearing about round-robin read-only routing ever since SQL 2016 came out but whenever I tried to test if it's working it never seemed to be. But now I know exactly how it works and there's a few loopholes where it may not trigger, and they're not the documented ones you're thinking of.

To test the limits of it you're going to need:

I'll explain any of the Pester and DbData bits along the way so don't worry. They're minor framework stuff.

I've been hard at work this weekend updating Jojoba to version 4 and which is now available on the PowerShell Gallery.

If you've written a PowerShell module you'll be familiar with the FunctionsToExport portion of the .psd1 module manifest that starts out like this: 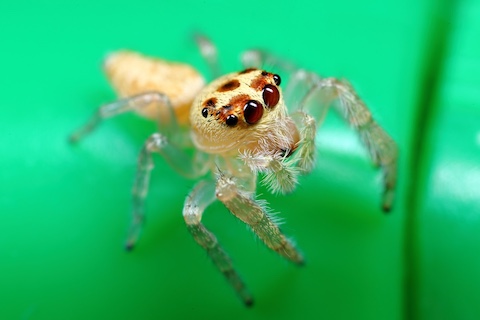 It's happened to almost everyone. Someone installs Evaluation Edition and now you need to upgrade it to a licensed copy using "Edition Upgrade" in the SQL Server installer. Microsoft would have you think this is easy even if the copy has expired but the truth is far more difficult.

PureStorage has a pretty cool post that mentions the importance of formatting SQL Server disks with a 64KB clusters and the /L flag (also known as the UseLargeFRS switch on PowerShell's Format-Volume cmdlet).

Why UseLargeFRS? It's to help avoid DBCC CHECKDB failures on large/busy databases. But how do you work out whether it's enabled or not? PowerShell to the rescue!

I've been using PowerShell 5.0 and 5.1 for a long time now and sometimes realise I'm still thinking of the 2.0 and 3.0 era. I wanted to revisit some of the more forgettable improvements.

My favourite way to compare technical experience with others is to ask them about the ways in which something can fail. Anyone can recite BOL but it's edge-case knowledge that shows a DBA has been hardened through trench warfare. After all if you've seen my talk about operational validation, or better yet implemented it, you'll know that at scale, rare events aren't rare.

So do you know how full-text indexing can fail? If you don't, then read on.

You may (not) have seen the blog today where current VMware Tools on Windows have yet another a broken receive-side scaling implementation causing random network failures. The good news is that it's not enabled by default.

This problem was first flagged by a daily operational validation test I wrote using everything in my recent webinar to health check all of my AG components. My test wrapped some of the logic of the Test-Sql* functions built into the SqlServer module:

Stupid question… what's the schema of a table with sys.sp_readerrorlog output? Well you might be surprised if you're used to using nvarchar(max) or nvarchar(2048).

My webinar on operational validation of SQL Server at scale with Jenkins and PowerShell starts in 12 hours! Sign up here if you want to be a part of it.

I just read PowerShell, Pester, and Ola Hallengren's Maintenance Solution by @sqldbawithbeard and I'm certainly going to give it and Mike Robbins' Operational Validation framework a try soon.

I saw this tweet from the always awesome @DBArgenis and @sqldbawithbeard and couldn't help but feel a bead of sweat track down my neck because I like them, but I don't like their best practice

Recently I migrated from my own runspace module to Boe Prox's PoshRSJob which is pretty much perfect. But today I wanted to share how to integrate PoshRSJob cleanly into your functions through a default -Parallel parameter and using a template.

You can very easily modify this for your own purposes however it's even more awesome as-is if you run parallelised tests for one major input (like a computer name) but where additional information might also be passed in through object properties on a pipeline (I'll explain why you'd want to do that later in the post). Here's what it looks like: